Personally, I don’t think there was ever a deliberate “war” on women but I do think one is now underway. Be prepared. Itâ€™s going to be the mantra of the Hillary in 2016 campaign because itâ€™s a model that has proven successful in the past. 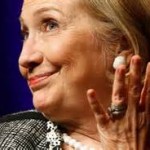 Allow me to state the obvious. Our system of governance is not perfect. But this Constitutional Republic has come farther toward that end as any system that preceded it. Even in a perfect system, human error and human nature will always be mitigating factors in seeking perfection.

For some reason I have yet to identify, a significant percentage of the American voting public is susceptible to being manipulated by two words: “prejudice” and “minority.” This, a nation that was founded in search of religious and civil liberties. This, a nation with a justifiable right to be proud of its 238-year-old experiment in unprecedented individual freedoms. This, a nation that has done more than any other society on the planet to afford individuals the opportunity to advance socially and economically. Yet, despite these accomplishments, we harbor some deep seated belief that just because an individual is of a minority segment of the population they deserve some sort of pass or leg up in advancement and recognition.

Therefore, like yelling “fire” in a crowded theater, we respond like Pavlovâ€™s dogs when we hear the words “prejudice” or “minority.” When we hear them together we are exponentially moved to offer up a “get out of jail free card” and present them with not only the $200 for passing “Go” but also “Boardwalk” and “Park Place” at no cost! (Hopefully you’ve played “Monopoly”).

It’s how Barack Obama became President and itâ€™s how Hillary Clinton will ride the same wave towards the same end.

Voters did not care what Obamaâ€™s experience, qualifications or political agenda were. He was from a minority segment of the population that had experienced prejudice. We owed him Boardwalk and Park Place for free. We stopped thinking and allowed ourselves to be swept up in an irrational wave of emotional, guilt-ridden manipulation.

She is from a minority segment of the population (as it pertains to career access and advancement) that has experienced prejudice. So, as with the “first black President” we are being primed to elect the “first woman President” in total disregard for what we do know of her. In Mrs. Clinton’s case, our error will be more egregious because, unlike Barack Obama, we know a great deal about her experience, her accomplishments, her values, her morals, her principles and, most importantly, her failures. Yet, we will turn the same blind eye and deaf ear to award her Boardwalk and Park Place (a/k/a The White House and The Presidency).

The fault lies not in the hubris and ravenous egos of these two individuals but in those of us who remain so easily manipulated by a false narrative. If there is a war on women to be confrontedâ€¦that “war” is about to be marketed by a woman who would prefer you focus on her gender rather than the truth of who she is and for what she stands.