A desperate People are a dangerous lot and the uproar over Donald Trump is evidence of our desperation. However, to throw stones or worse, misperceive what all the hoopla is about, will lead the Nation into deeper waters than we currently tread. 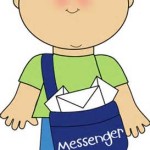 More than half the country, and I venture a guess itâ€™s more like three-fourths, are frustrated at best and angry at worst. For a variety of reasons, some having their roots in the far Left and others in the far Rightâ€¦with a not insignificant percentage smack in the middleâ€¦we feel twice misled by the candidacy of Barack Obama. This is not to absolve us, the voters, of responsibility for our choice but rather to say out loud the unspeakable thought: Barack Obama had an agenda to transform our Nation into something un-American and desirable to him, yet unfamiliar and unrecognizable to us.

There is no time for blame. That time is long since passed and blame, in any case, is hindsight. We must look decidedly at the conditions of our present with clarity towards our intentions for the future. Unless we are prepared to understand and accept how we hungered for hope and change, we are destined (perhaps doomed) to now make a more egregious error than we did in 2008 and again in 2012.

For those of the far Left who think my choice of an analogy to the conditions of 1932 Germany that led to the rise of Adolph Hitler with the current popularity of Donald Trump is their dream post, your cause for celebration and glee is premature. My analogy is to the consciousness of the German people in 1932 that permitted an Adolph Hitler to rise to power, not to Hitler himself. The mindset of those people is not unlike the mindset of Americans today.

For those on the far Right and Middle, who would therefore anticipate that I am about to rally in support of Donald Trump would also be celebrating prematurely. Trump is tapping into, and giving voice to, the frustrations and anger of the majority but he is doing it poorly. The originator of the â€œart of the deal,â€ it turns out, is incredibly crass at articulating the deal.

Trump is substantively correct. We have ignored the law and the border at our peril. We have been on the losing side of every deal with every nation with whom we negotiate economic matters. We have alienated or abandoned our friends while exhibiting indecision and weakness to our enemies. We have allowed the founding documents and the Constitutional process to be demeaned and shredded before our very eyes while allowing corrupt and favor-beholden politicians to sell our interests to the highest bidder for their own personal gain.

Donald Trump is speaking truth to power. Speaking it poorly, and by so doing, allowing his detractors to make the issues bias, bigotry and comedy rather than giving the substance and truth of what Trump is bringing front and center the attention and consideration it warrants. As for Trumpâ€™s admirers, they are so caught up in the thrill of finally hearing someone say what we all know to be true, that they are blinding themselves to the dangers of how he is saying it.

I never blame Hitler. If blame resides anywhere it resides with a people so hungry, desperate and downtrodden as to throw caution and reason to the wind and follow a Pied Piper of Hate because he stood for something, however evil, at a time when all else had lost its meaning.

Today, marriage between a man and a woman is no longer what it has been for two thousand years. In fact, a man and a woman are no longer what they have been either. White is black if you â€œidentify with itâ€ as such. Assurances â€œyou will see your health insurance premiums reduced $2500 per familyâ€ mean nothing. Working hard towards the American Dream is no longer hardâ€¦itâ€™s impossible, with 93 million Americans out of the work force. A diseased and deranged mind is caused by a flag that needs to be abolished while dozens of youth gunned down, and gunning down, in Chicago, Detroit and Baltimore every weekend go unnoticed. Lies become truth because the liars say them often enough and we remain compliant.

The appeal is the hubris. The unabashed admission of wealth so vast it can insulate him against the backlash of a corrupted system. The take-no-prisoners attitude. The one voice finally emerging on behalf of the many.

This is a dangerous and pivotal time for America. The easy out will be something akin to a dictator. A person who will tell you what is wrong, whoâ€™s to blame and why they are the one with the answer. The answer, in the long run, usually turns out to be oppression followed by enslavement. Jesus never said he had the answer. He said he found the way. The way is never easy and no one can do it on your behalf whether you are an individual or a Nation.

Our task is now twofold.

First, as individuals, we must live lives of impeccable integrity and service to one another. We need each other and there is no shame in that. Iâ€™ve always said that if we were meant to be alone, God could have just as easily placed each of us on our own planet. Instead, we are here together and as the saying goes, â€œunited we stand.â€

Secondly, as citizens of the greatest experiment in human freedom ever to grace this planet, to quickly and with resolve focus upon the responsibilities of citizenship. These responsibilities are to stand for what is right and lawful, to hold our elected representatives accountable to We The People, and to rise up when necessary to correct the course of events in order to preserve, protect and defend what so many before us gave their lives so that we might read and write posts such as this.